Open3D in Docker and VS Code 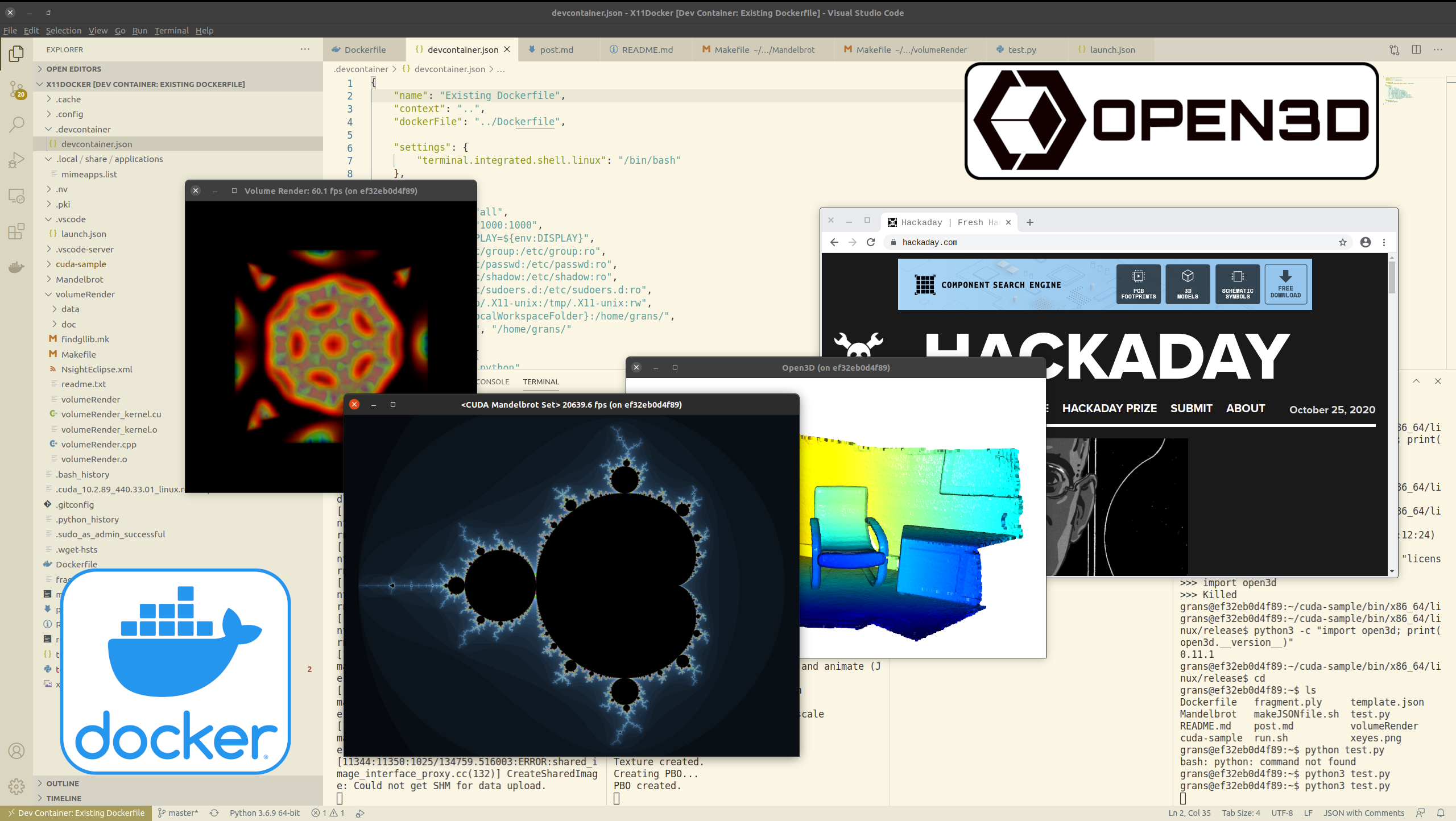 TL;DR: An example setup with a Dockerfile and devcontainer.json is available on my Github

Getting GUI applications to run in a Docker container is relatively straight forward. Some methods are more safe than others, but ROS wiki has you covered.

Note: Some images don’t come with sudo installed, so don’t forget to add that to your Dockerfile.

Implementing this in VS Code turned out to be more difficult than one would expect.

After a lot of trail and error I figured out that the folder is automatically created if your mount the workspace in your container home folder. Like this:

But then my next issue appeared!

Let’s say that you use zsh on your host machine, then the passwd file will containa line like this:

But containers don’t typically come with zsh installed, so VS Code will throw an error:

You could of course add zsh to your Dockerfile, but that is going against the philosophy that Docker images should be kept lean.

How do we fix it?
Add to your devcontainer.json file:

Now one would expect it to work after Rebuild and Reopen in container, but don’t be fooled. The only way I could make it work was to delete the .vscode folder and then restart the container! I’ve made an issue over at Github.

Maybe my use case is just so unique that these kind of issues haven’t appeared before.