Headaches with the ESP01 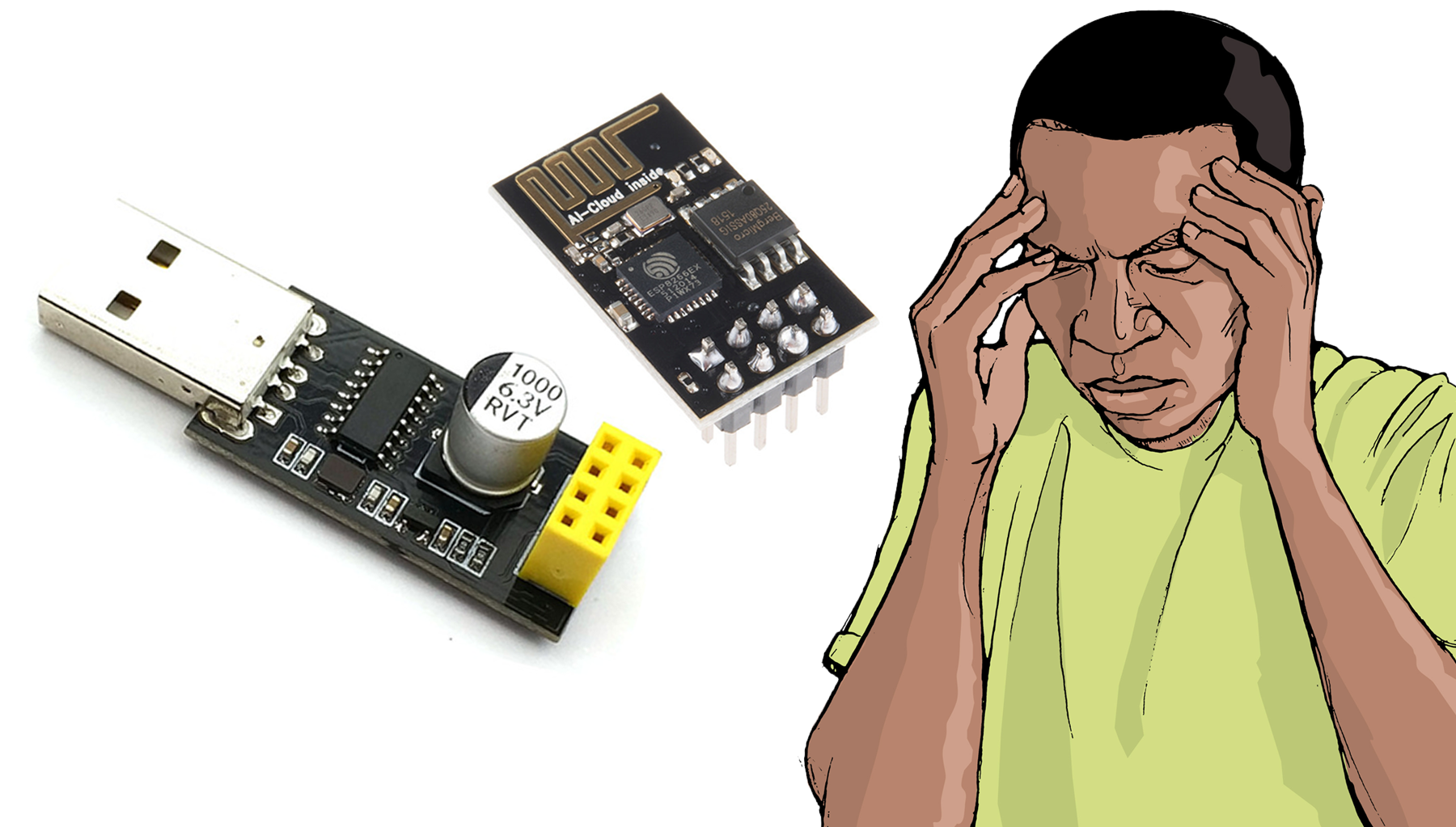 In a recent splurge on an unnamed chinese cheap-things online store, I bought an ESP01 and a ESP01 UART adapter. I have played around with ESP-12 development boards before which has a built in USB-to-Serial interface, so I thought this too would be as easy as plug-and-play. Boy, was I wrong!

I began by trying to upload the ‘Hello World’ of hardware, the Blink sketch, but instantly hit a wall.

Some quick Googling told me that, in order to program the ESP01, it must be put into programming mode. Which is achieved by pulling pin GPIO0 low when it is powered on. Fine… I cut Male-Female jumper wire in half and soldered one to GND and the other to GPIO0 on the UART Adapter.

I then tried programming the ESP by first connect the jumper cable, and then plugging it in the adapter. Sure enough, the upload works! To my dismay, the success was all but long lived…

After disconnecting the jumper wires and power cycling the ESP nothing happened. No blinking. My initial thought was that maybe the predefined pin LED_BUILTIN was wrong and, to no avail, tried different pin numbers. After lots of Googling and trying various settings, such as DOUT flash mode, changing upload speeds, etc, I accepted defeat and called it quits for the night.

The day after I continued were I left of and that’s when I struck gold! It was all in the details, as a comment on an answer to a question on electronics.stackexchange1 gave me the solution:

What Adrian is talking about, is the version of “ESP8266 Core for Arduino”. When I went into Tools▸Board▸Board Manager… I saw that, indeed, I had been using version 2.5.2. After downgrading to 2.4.0 (arbitrarily. I haven’t tried the other 2.4.x versions), it worked! IT BLINKS!

So after spending a couple of hours on this, I can finally do what I actually wanted to do… I hope this helps someone.