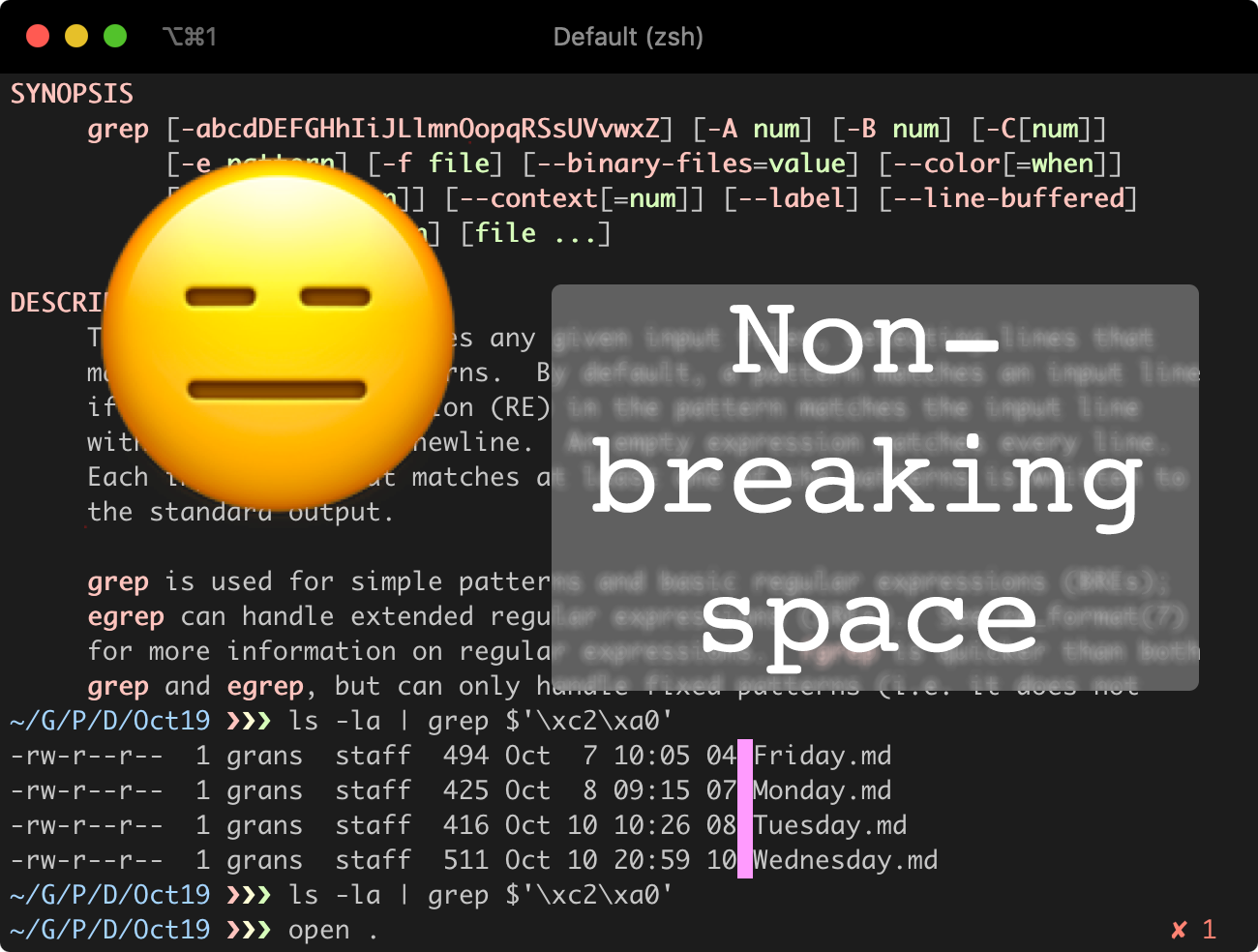 TL;DR: BASH says that “file name” ≠ “file name” because the latter has a non-breaking space. For more information see this link.

I sometimes uses spaces in my filenames because I think it looks better. Most often it never causes a problem, but then every once in a while it comes back and bites me in the ass.

In this case I had manually created a file called 04 Monday.md, and without noticing I had pressed ⎇+space (alt+space) while writing the filename. On a Mac this inserts a non-breaking space rather than a regular space.

Later I needed to do some BASH scripting involving this file and [ -f "04 Monday.md" ] returned false. After a lot of head scratching I also noticed that ls 04\ Monday.md didn’t work either and then it dawned on me that I had had problems with non-breaking spaces in Python. After some Googling I found this post by [Bob Mesibov], and sure enough ls -ls | grep $'\xc2\xa0' highlighted the space in the filename (as shown in the header image of this post).